Popcentral is a homegrown, content oriented and vibrant brand rapidly but organically redefining content, co-creation, and pop culture. More than just a business, Popcentral is a culture shaper aimed at providing a home to great content and pulling audiences from all over the world to be a part of the community.

Popcentral was birthed in 2015 on social media and YouTube before our debut on Live television via DStv on Channel 189 on January 31st, 2019.

Co-creation can easily be said to be the lifeblood of Popcentral and this entails giving young people the opportunity to create and monetize their content on the channel with our aid. To this end, the PopHub Lagos was set up. It houses the broadcast station, studios, post production studios, lounges, post production and events space. 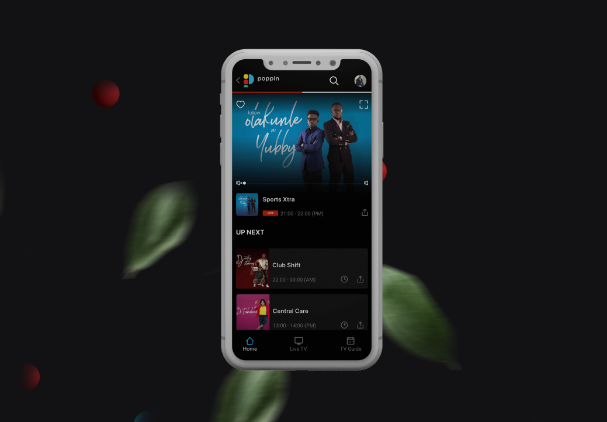 As we evolved into a Media-Tech business, we built our application “Poppin by Popcentral” available on IOS and Android and now, the Web App which affords viewers the opportunity to watch shows and live Tv from their browsers. Poppin provides users features like a Live view of the TV channel, catch up on all shows, Video on demand, Podcasts and more, all included on the Web App. Poppin has received recognition from Apple Inc as one of the top 7 Nigerian apps on October 1st, 2020 in celebration of Nigeria’s independence. Brands and businesses continue to choose Popcentral to reach their audiences as the brand continues to grow rapidly and garner a larger following all over the world.